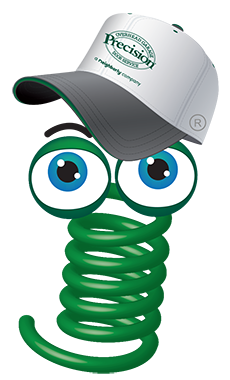 Live By The Ocean? Here’s How Salt Affects Garage Doors

Live By The Ocean? Here’s How Salt Affects Garage Doors

Living by the ocean has many benefits. However, there are some considerations that homeowners have to keep in mind when maintaining their property. One aspect of homeownership that many people don’t stop to think about is the garage. However, the salt and humidity in the ocean air can easily work their way into the garage doors of your home. Therefore, you’ll need to take some measures to ensure that your garage doors are protected against salt and humidity year-round.

How Does Salt Affect Garage Doors?

Salt impacts the garage doors in your garage in several ways. Sometimes, it is difficult to pinpoint precisely when salt damage starts to occur, as the damage generally builds up gradually over time. However, salty air can eventually work its way into the electrical components of the garage doors, which affects their ability to open and close properly. It can also make its way into other materials in the garage, including wood, bricks, and concrete. The damage caused by salt generally happens gradually rather than all at once. However, coastal storms that crop up from time to time can cause more sudden damage to garage doors. Additionally, the closer that you live to the coast, the more likely it is that your garage doors will bear the brunt of the impact from the humid and salty air.

What Damage can Salt Cause to Garage Doors?

Salt can impact garage doors in several ways, including:

The exterior paint on your garage doors can suffer damage from salt. The paint can also become damaged from the wind being blown against the doors. Combining the two elements together has an especially significant impact on the condition of the garage doors. It can cause the garage to appear worn out and faded even if the structure is not that old. To prevent paint damage, your garage door should be prepared for the elements with several special measures. The outside of a coastal home should be painted using a brush rather than having the paint sprayed on. The paint you get for your home should also be high-quality to ensure that it lasts as long as possible. Power washing the home regularly will also go a long way in removing grime and buildup and extending the longevity and appearance of the paint.

Any brickwork on a garage by the ocean can become significantly damaged by exposure to salt, even to the point where the wall eventually collapses. The mortar that holds the bricks in place can eventually deteriorate and crumble. The mortar turns to dust, which in turn weakens the walls. Salt deposits can also build up on the surface of the bricks and cause discoloration along with physical wear and tear.

Another hazard caused by salt exposure can affect the roof. Salt can affect many different roof types but is particularly problematic for terracotta and metal roofs. Salt can corrode terracotta tiles and create holes in the roof. Metal roofs can generally develop rust and become corroded from exposure to salty air. Even if holes in the roof are small to start with, they can quickly become larger and more problematic over time. Additionally, holes in the roof can cause leaks that can damage your property and become a financial headache to fix. The roof of your garage should be inspected periodically and maintained as necessary to help stop problems such as leaks before they start and make timely repairs if there is a current issue before it gets worse.

The HVAC system in your home can also be affected by rust. Most HVAC systems are designed to last about 12-15 years. However, an HVAC system damaged by the elements may have half the lifespan and need to be replaced after seven years or even less. Putting the HVAC system on the side of the home that faces away from the ocean can minimize the likelihood and severity of damage caused by corrosion and salt.

Mold damage is another possible problem associated with saltwater exposure. Saltwater can easily find its way into dark areas of your home that are difficult to dry out. Persistent dampness can lead to mold growth, which gets into the carpeting, upholstery, and paints in your home. Mold damage can have an adverse effect on your home along with the people who live in it.

Along with impacting various parts of the garage and garage doors Bakersfield, salt can also cause structural damage in your home. Structural damage typically occurs over time. The changes can be so gradual that you don't realize damage has occurred until there is an extensive amount of corrosion. Since homes by the water are constantly exposed to salt and saltwater, significant damage can occur to the home's foundation. The home can eventually collapse due to the damage.

Rust is another issue associated with having your garage doors Bakersfield exposed to salt and moisture. Rust affects some types of metal more than others. Metal alloys are most frequently impacted by rust. Rust is generally caused by exposure to water and oxygen. Prevention is vital for mitigating rust damage to your garage doors, which includes reducing exposure to oxygen and water as much as possible.